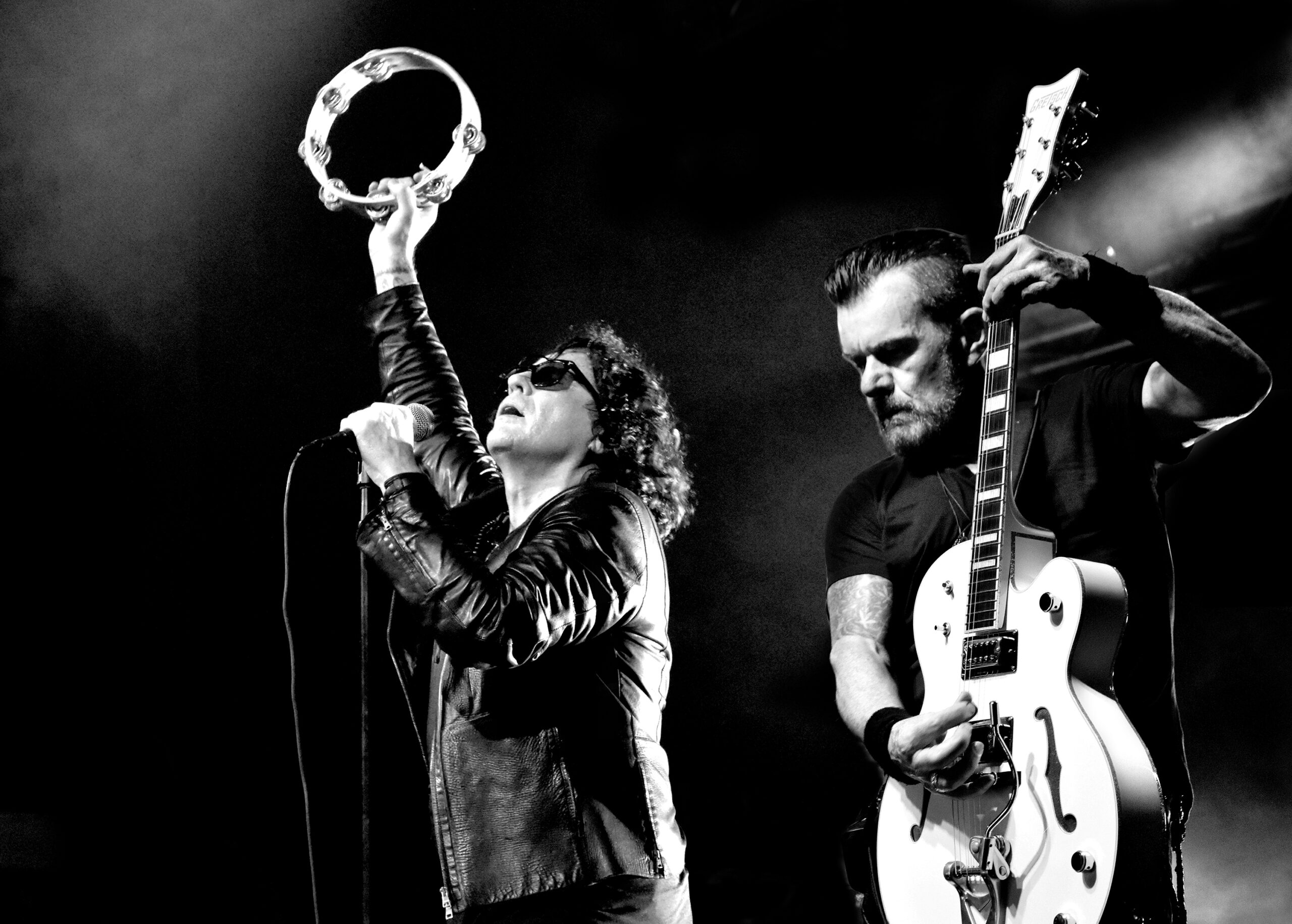 THE CULT has reveled in a controversial and storied career. Emerging from the darkly romantic UK post-punk scene with the album DREAMTIME, they followed it with the anthemic idealism of LOVE, the Rick Rubin-produced NYC street hustle of ELECTRIC and the textural amplifier worship of SONIC TEMPLE AND CEREMONY– deconstructing full circle for THE CULT. After a brief hiatus, the band returned performing at the Tibetan Freedom concert, then embedded themselves in the studio to record and release BEYOND GOOD & EVIL in 2001 just prior to 9/11.

BORN INTO THIS (named after a Charles Bukowski poem), their sixth album, was heralded by Mojo magazine as “a wholehearted, utopian, and irrefutably exciting record.” CHOICE OF WEAPON, The Cult’s third full-length album of the new millennium, made its impact against the ever-growing tide of disposable new media, launching a triumphant global tour culminating in an intense uplifting performance at Coachella 2014, acknowledged as “THE MESSIANIC MOMENT OF COACHELLA” by Rolling Stone magazine. In 2016 the band released its 10th studio album HIDDEN CITY, an elegantly brutal masterpiece inspired by a visceral exploration of self and soul launching THE CULT into another triumphant world tour, burning up stages with Public Enemy, Primal Scream, Foo Fighters, Guns N’ Roses and many others though 2018.

2019 found THE CULT celebrating the 30th anniversary of their seminal Sonic Temple album. The sold-out tour dates included stands at THE GREEK THEATER in Los Angeles, and London’s iconic HAMMERSMITH APOLLO. The critically acclaimed tour drew from THE CULT’s 10 studio albums with the centerpiece being a super set that focused on the core songs from Sonic Temple. In concert with the tour, SONIC TEMPLE 30 was released through Beggars Arkive as a deluxe box set and a 5-CD set.